The Global Religion Research Initiative is pleased to announce its Round 1 award recipients! 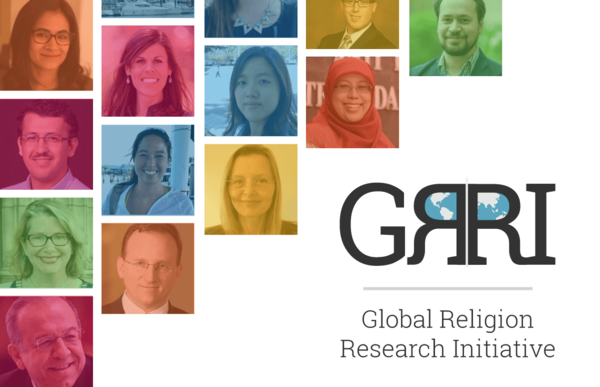 The initiative, directed by Christian Smith, aims to advance the empirical study of global religion in mainstream academia by granting funds to promising researchers in the social sciences. The initiative launched late summer of 2016 in the Center for the Study of Religion and Society at the University of Notre Dame.

Smith, the William R. Kenan, Jr. Professor of Sociology and Director of Center for the Study of Religion and Society, was awarded $4.9 million from the Templeton Religion Trust of Nassau, Bahamas to address the relative neglect of religion as a subject of study in the social sciences, and to encourage the study of religions outside the North Atlantic region.

In this first round of competition, the GRRI received over 150 research proposals from scholars at 100 colleges and universities around the world. The submissions were reviewed by leading social science scholars and 48 of the proposals were awarded funding this 2017 round.

Five Notre Dame students and graduates received awards in the first round of funding. M. Tahir Kilavuz, a doctoral candidate in Political Science, has been awarded a GRRI Project Launch grant, which will support research that investigates how responsive the electorates in Muslim-majority countries are to both ideological and pragmatic policies.

Robert Brathwaite, who completed his PhD in Political Science from Notre Dame in 2012, will also receive a Project Launch grant to support the creation of a dataset that will allow for improved measurement of religious violence using natural language processing and automated text analysis of media reports. Brathwaite is currently an Assistant Professor in the Political Science at Michigan State University.

Megan Rogers, a Fulbright fellow and doctoral candidate in Sociology at Notre Dame, has been awarded a two-year postdoctoral fellowship. Her dissertation examines how religious and non-religious identities work to help middle-class professionals in China make sense of their place in their country and in the global society.

Shanna Corner, a doctoral candidate in Sociology, will be supported in 2017 - 2018 with a dissertation year fellowship. Corner’s project examines how UN and state-level officials who report on and review country implementation of women’s rights standards conceptualize religion and its relationship to women’s rights in varying ways.

Marcie Goeke-Morey, who received her PhD in 1999 from the Department of Psychology, has been selected to receive a Curriculum Development grant to support her revision of three developmental psychology courses. Goeke-Morey is currently an Associate Professor of Psychology at the Catholic University of America.

The GRRI will accept two more rounds of funding proposals. The second round of proposals will be due in October 2017 and awarded in 2018. Visit grri.nd.edu to learn more about the programs offered and how to apply.

For more about the recipients and their research, click here.

Each fellowship provides funds toward the full reduction of teaching and committee responsibilities for one academic year in order to advance the study of global religion by facilitating the completion of a significant, new scholarly book on religions in different parts of the world.

Hyun Jeong Ha, Sociology at the University of Texas

Megan Rogers, Sociology at the University of Notre Dame

These grants intend to encourage and facilitate new, empirical research by providing start-up funding for scholars to explore and launch new research projects on global religions. Ten projects were chosen for funding this year.

Jessie Fredlund, Anthropology at The Graduate Center at CUNY

These fellowships are intended to promote among promising, young scholars the social scientific study of contemporary religions around the globe.

Each grant provides funds to be used by the research collaborators for transportation, lodging, communications, etc. to foster new collaborative ties between social science scholars in different countries. In this round of competition, 7 research teams were selected for funding.

Tom Smith, Senior Fellow/Director of NORC at University of Chicago

Each grant provides faculty in North American colleges and universities funds for (1) the development of new courses on global religion; or (2) the significant revision of existing courses to add new, substantial components on global religion.