Colloquium on the Interdisciplinary Study of Religion (CISR) Archive 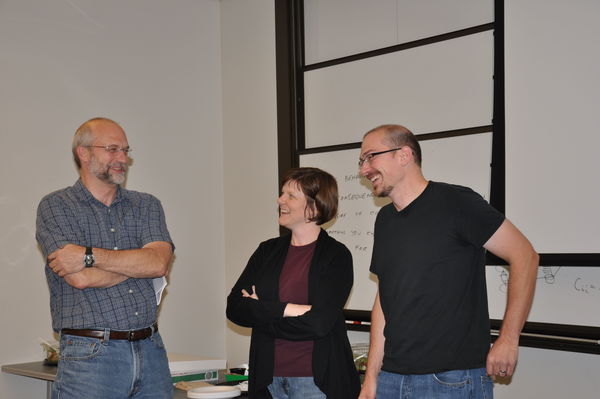 Loren Lybarger, Ohio University "The Contingency of the Religious Return among Palestinians in Chicago - A Meditation on the Dialectics of Loss and Hope in Exile," March 2.

Melissa Wilde, University of Pennsylvania "Fewer but Better Children: Race Suicide, the Social Gospel, and Religious Stances on Birth Control in the U.S. circa 1931," September 30.

"Scenes from a Parish." A film by James Rutenbeck will be hosted by the Center for the Study of Religion & Society in the DeBartolo Performing Arts Center. Panel discussion to follow. The screening is open to the public. Event details: DPAC Browning Cinema, 7pm, December 3

Robert Putnam and David Campbell on their new book, entitled Amazing Grace: How Religion Divides and Unites Us," co-sponsored by the Tocqueville Program for Inquiry into Religion in American Public Life and the Center for the Study of Religion & Society, 7pm, Washington Hall Auditorium, October 13.

Geoffrey Layman, University of Maryland "Will Americans Vote for Muslims? Experimenting with the Impact of Religious and Ethnic Identifiers on Candidate Support," February 26.

Donna Freitas, Boston University “Getting to the Bottom of Hookup Culture: Investigations into Sex & the Soul on America’s  College Campuses," October 30..

Sharon Nepstad, University of New Mexico "The Religious Roots of Resistance in the Plowshares Movement," December 5, .

The Advancement of Knowledge and Religious Identity: Institutions of Higher Learning in Judaism, Christianity, Islam, and Beyond Description: Sponsored by the Office of the Provost, the Kellogg Institute for International Studies, the Kroc Institute for International Peace Studies, the Department of History, and the Center for the Study of Religion and Society, October 4-5.

Andy Greeley, University of Arizona and National Opinion Research Center It Can't Hurt: A Preliminary Investigation of the Sociological Study of the Correlates of Prayer," September 7.

Mark Regnerus, University of Texas at Austin "Types of Religious Influence and the Sexual Behavior of American Adolescents," April 18.

Christian Smith, University of Notre Dame Sessions on the findings from the National Study of Youth and Religion data and pre-premier showing of Soul Searching: A Movie about Teenagers and God. Event details: Society for the Scientific Study of Religion Annual Meeting at the Portland Marriot in Portland, Oregon, October 19-22.

Margarita Mooney, Princeton University "Beyond the Sea and the Mountain: Spiritual Capital and Assimilation Theory," October 5.

Jenny Trinitapoli, University of Texas at Austin "Adding a 'D' to the ABCs: Divorce, Religious Leaders, and HIV Prevention in Sub-Saharan Africa," October 3.