Research and Analysis in the Sociology of Religion (RASR) Archive 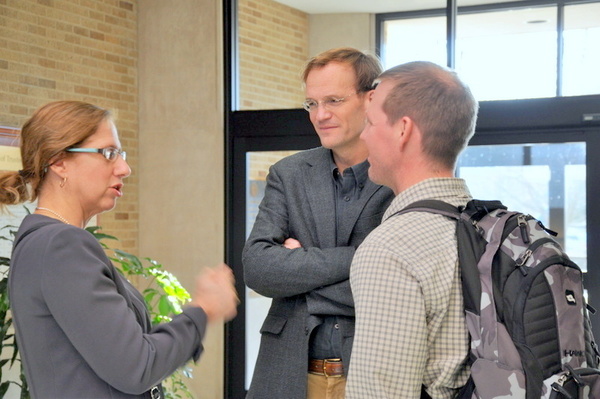 RASR is an on-going workshop offered every semester. Both graduate students and affiliated faculty attend these sessions to provide stimulating critiques and analyses of current research at the Center and among sociologists of religion.

2/15 - Ines W. Jindra, and Michael Jindra, "How do People Change their Lives? Religion, Community and Recovery from Homelessness and Poverty"

1/18 - Casey Ritchie Clevenger, "Women with Hearts as Wide as the World: Gender, Race, and Inequality in Women’s Transnational Religious Organizations"

10/26 - Shannon Sheehan, "Inverse Inequality: How Both Genders Navigate Identity Amidst the Sexual Double Standard of Hook-up Culture in College"

8/31 - Cole Carnesecca, "Educational Development and the Pace of Religious Change"

4/29 - Christine Gardner, "Out of the Closet but Still in the Box:  Sexual Identity, Rhetorical Agency, and the Reproduction of Constraint"

4/15 - Brad Vermurlen, "The Production of Marginal Culture: The Case of Calvinist Hip-Hop"

3/5 - Cole Carnesecca, "Who's My Neighbor: Collective Identity as a Measure of Congregational Social Engagement in China"

2/11 - Robert D. Woodberry, "Who Is My Neighbor? Cultural Proximity And the Diffusion of Dimocracy"

1/28 - Shanna M. Corner, "'Localizing' the Legitimacy of Human Rights: How Particularistic Cultural Models about Religion Matter for the Universalization of Support for International Human Rights"

1/28 - Ethan Fridmanski, "Online Communities: A Case Study of Non-religion in the Age of the Internet"

12/12 - Jason Springs, "A Tale of Two Islamophobias: The Paradoxes of Civic Nationalism in Contemporary Europe and the United States"

12/12 - Cole Carnesecca, "Theologies of the State: the Meiji Restoration and the Emergence of Religious Modernity in Japan"

11/19 - Gideon Aran, "Religious Violence in Judaism:  Past and Present"

10/29 - Robert Woodberry, "Aid That Works:  Missionaries, Economic Development and the 'Reversal of Fortunes'"

10/29 - Meredith Whitnah - "The Promise of Transition and Elusive Transformation"

10/8 - Michael Jindra, "Culture, Religion and the Dissonances of Development"

3/20 - Jimi Adams, Discussion whether teenagers influence the religion of their friends on the extent to which teens pick their friends because they are religiously similar

1/29 - Nicolette Manglos-Weber, "Religious Association, Social Incorporation, and the Search for Trust among Migrants from Ghana to the U.S."

12/11 - Jason Springs, "Violence that Works on the Soul: Structural and Cultural Violence in Religion and Peacebuilding"

11/1 - Katherine Sorrell, "The Conditions of Legitimacy:  Perceptions of Religion among Elite Scientists in the United Kingdom"

9/24 - Mike and Ines Jindra, "Understanding Poverty through the Lens of Nonprofits"

9/6 - Megan Rogers, "Conceptualizing and Measuring Religion in China: Theory and Measures Appropriate for the Case" 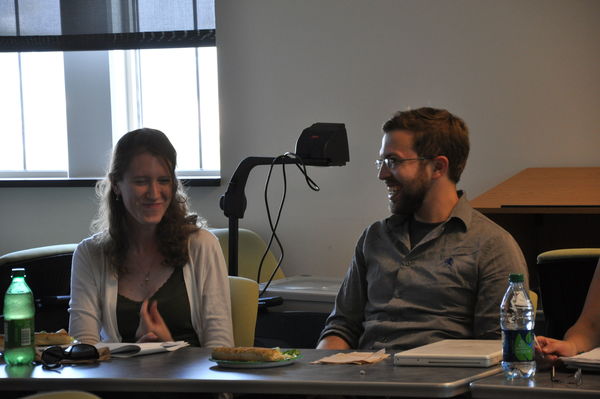 11/29 - Hilary Davidson, "Twinges, Morals, and God: The Motives and Meanings of Financial Generosity in America"

10/25 Heather Price, "My Friends Made Me Do It: How Teens' Social Identity Influences Educational Outcomes"

8/30 -  Brandon Vaidyanathan, "The Beauty of the Thing: Aesthetic Motivation in Religious and Social Movements"

4/11 - Kraig Beyerlein "Religion as a Double-Edge Sword for Social Activism: The Case of the Spring 2006 Immigrant Rights Protests"

11/08 - Karen Hooge and David Sikkink, "The Effect of Religious Tradition on Satisfaction in Intimate Partner Relationships"

Chris Morrissey, "War, Peace, and Religious Advocacy: The Debate Over the Iraq War"

Amy Jonason, "Does Race Mediate the Religious Experience? Racial Salience and Congregational Identity in the PS-ARE"

3/4 - Kari Christoffersen, "From a Model of the Nation to Models for Citizens: Religious References in U.S. Presidential Addresses"

Steve Offutt, "Multiple Modernities: The Role of World Religions in an Emerging Paradigm"

2/19 - Michael Driessen, "Regulation, Economics and the Churching of France and Italy: Analyzing Religion as a Public Good"

Kraig Beyerein, "Understanding the Dynamics of Congregation Based Mobilization Efforts: The Case of Humanitarian Aid Efforts Along the Sonora-Arizona Border"

4/15 - Atlia Omer, "The Hermeneutics of Citizenship as a Peacebuilding Process:A Multiperspectival Approach to Justice"

Brandon Vaidynathan, "The Discourse of Counter-Differentiation: Volunteers at the Rimini Meeting"

2/11 - Carlos Tavares, "Why Can’t We Be Friends: The Role of Religious CongregationalBased Social Contact for Close Adolescent Friendship"