An Interview with Robert Bellah, PhD

Spend just a few minutes with Robert Bellah and you can’t help but notice the curiosity and vibrancy that have driven one of the most influential sociological minds of the last half century. Yet Bellah’s approachability and good humor belie the incredible impact his work has had on the field. 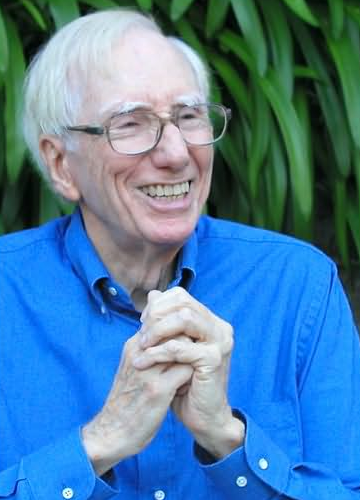 Bellah studied under Talcott Parsons, perhaps the most important American sociologist, and it was from Parsons that Bellah learned his Durkheim and Weber. And it was his affinity with Weber’s historical approach that led Bellah into his earliest work. Given how well known and widely cited his later work on American religion became, it is not uncommon for readers to be unaware of Bellah’s roots as a Japan specialist. Exposure to coursework on Asia taught by eminent scholars such as John K. Fairbank brought the peculiar case of Japan’s rise to Bellah’s notice. He was fascinated, he said, by both the timing and success of Japans modernizing project – Japan industrialized before much of Eastern and Southern Europe and quickly overtook not only China but also Russia. His book Tokugawa Religion explored that process, looking for the roots of a Japanese “Protestant ethic” in the religious traditions and teachings of the pre Meiji period.

It was, in fact, Bellah’s link to Japan that led to a dramatic shift in his research agenda – “a 30 year hijacking,” as he called it – and to a series of works that became his most famous. It was in Japan as a Fulbright Scholar that Bellah compiled notes for a series of lectures on religion in American public life. He mentioned that he saw it as somewhat of a duty to help explain the role of religion in political practice and discourse in America, particularly given the experience of public religion in Japan with the only recently dismantled state Shinto. Bellah wanted to show a difference between religion as judge of the nation (US) as opposed to worship of the nation (Japan). This would eventually become his most famous work: “Civil Religion in American”. As Bellah put it, Parsons’ prompting that “a sociologist can write about anything” as well as deep concerns about the state of American public life in the midst of the Vietnam War (Civil Religion was published in 1967), prompted him to write the piece that charted his research agenda for the next thirty years.

Bellah followed up Civil Religion with such important works as The Broken Covenant, Habits of the Heart, and The Good Society. In each, Bellah continued to work out what he calls a lifelong concern with political and ethical issues. This orientation is as much a product of his own religious commitments – having grown up with a “healthy dose of social gospel” – as it is of a “moralist” approach to scholarly work. Additionally, religion has been a chief concern of Bellah’s precisely because it is often poorly understood within the academy. The effort has not been without effect as Bellah’s work has over and again helped to drive the discussion of religion and its place in modern life.

Upon first glance, his more recent work – Religion in Human Evolution – seems like a sharp departure from the broader body of Bellah’s work. But Bellah is quick to note in this interview his recent work is neither out of step with his own prior work (he published on religious evolution in the 1960s) nor much of a departure from very central concerns of sociology as a discipline. Durkheim and Weber, he notes, were both concerned with where things came from as well as being interested in what evolution, as a biological theory, might mean for social science. Yet, he did joke that the book is a little out-of-step with contemporary social science’s fixation on “studying more carefully less and less.” In such a context, both Religion in Human Evolution and Bellah’s current “part two” work (which is more focused on the modern period) stand out as ambitious endeavors.  Both take-in the greatest possible scope of material in order to understand the deepest questions concerning human life. Among those questions, few are as important as the question of meaning and the narratives we construct to account for the nature of our world. In our current cultural climate, Bellah argues, evolution has emerged as a significant metanarrative that must be incorporated into our understanding of religion – the traditional source of our greatest narratives and deepest meanings. These ideas are what he will be discussing here at Notre Dame during his 3-day visit from March 18-20th.

In coming to Notre Dame, Bellah will be offering an early glimpse of the next stage in his herculean undertaking. The visit to Notre Dame will be his first.  When asked during the interview why he was interested in visiting Notre Dame, Bellah revealed that he has found many an intellectual friend among Catholic thinkers and he sees Notre Dame as a “natural environment” of sorts. Beyond the conducive spiritual climate, Notre Dame’s variety of scholars working on religion – particularly the burgeoning religion section of the Sociology Department’s Center for the Study of Religion and Society –provides a context in which Bellah expects to find engaging and interested conversation partners. Bellah’s visit also certainly provides students and faculty a remarkable chance to meet and discourse with this living legend and one of the most generous spirits in the field. His talk takes place on Tuesday, March 19th at 4:30pm in McKenna Auditorium. Several other public festivities surround it and are not to be missed.